Weekly Recap of Bushfires, Air Quality and Climate in Australia

Melbourne’s weather these past weeks have been a mixture of sunny, windy, smoky and rainy. The weather has been especially hectic this past week in Melbourne.

Despite a few days of heavy rainfall, Australia is still threatened by the ongoing bushfires.

More than 10 million hectares of land have been burnt across Australia in total. This number is still increasing as the fires continue burning.

The most recent fire in South Australia’s Kangaroo Island has already had nearly half of the island burnt, with fires still ongoing.

Extent of Ravine Fire on Kangaroo Island as of 12th January 2020.
Image obtained from here.

The bushfires have caused massive changes in air quality across Australia.

At one point, Canberra had the worst air quality globally, with readings of over 20 times the hazardous levels. 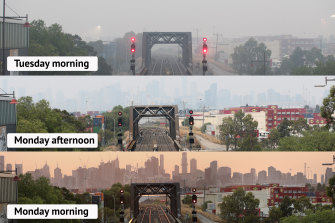 By Wednesday night, the smoke started clearing after a thunderstorm. The storm was worse in Melbourne’s West. Within a 30 minute span, the storm caused 54mm rain to fall in St Albans alone.

The on-going bushfires have drawn attention, both nationally and internationally, to Australia’s climate issues.

Climate change has led to hotter and drier summers in Australia. The combination of both hotter and drier weather acts as a fuel for the fires, causing it to burn more intensely and frequently.

Australia’s environmental concerns are causing an impact on their tourism and real estate investment appeals.

According to Heitman’s ‘prime’ real estate market ranking,  both Melbourne and Sydney have dropped a few spots. Melbourne shifted from 17th to 19th, while Sydney dropped from 7th to 10th.